Building inspectors may take air samples from outside your home in order to have a point of reference when assessing the extent of mould growth in your home. The inspector may take a sample of air from the leeward side of your home in addition to a sample from the windward side of the house. These samples help to give an indication as to whether the detected mould has just been blown by the wind or it is originating from your property. The indoor samples will be compared to the outdoor samples. Remedial measures may be suggested based upon the observed differences. For example, the inspector may recommend that you install a better filter on your HVAC system if the magnitude of mould outside your home is similar to that inside the home.

Keeping the Doors and Windows Shut

Mould test results may not depict an accurate picture of the problem if air exchangers are operating while the air sample is being taken. This is because the air exchanger may increase or lower the concentration of indoor mould spores by channeling air from outside into the home. In case the mould problem inside is extensive, the air from outside may reduce the concentration of the mould spores in the air samples taken. If the mould problem is outside the home, the air exchanger may transfer the spores into the house. This can give misleading results. Turning off air exchangers as well as fans removes that source of inaccuracy.

As you can see, everything possible is done to ensure that mould test results are accurate. You should therefore act on any advice given to you once the building inspector delivers his or her mould inspection report to you. 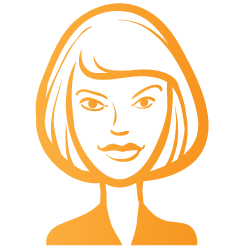 When you are working on a big project, the contractor you choose can have a substantial effect on the success of your project. Hi, my name is Nicole, and after organising a number of substantial remodels, I feel like I really understand the world of contracting. As a result, I decided to start a blog. I love remodeling and decorating -- those are my two biggest passions. And currently, I am thinking about buying an investment property to flip with the help of a contractor whose work I love. Besides remodeling and decorating, I love reading and shopping, and I'm single -- my heart belongs to my pup, Roger.